The project was set up to refurbish the area around Peacock Lane. It included the creation of green areas, the restoration of facades and the repaving of the square in front of Leicester Cathedral and a few adjacent streets. It was an ambitious project aimed at making the area more attractive in view of the many visitors flowing into the city after the remains of Richard III were found, which are now conserved within the Cathedral. This find first placed Leicester in the spotlight and now it is famous at an international level thanks to its football team’s recent achievements.
The paving of the area in front of the cathedral was done using our Prima Porphyry. The striking pattern that was chosen required the creation of special pentagonal slabs which once pieced together formed counteropposing hexagons. The creation and use of hexagonal pieces arranged in this particular manner resulted in a stunning visual effect as well as being a total novelty within the porphyry world. All this certainly contributed to us receiving the Principal Award Winner of the British Association of Landscape Industries (BALI). 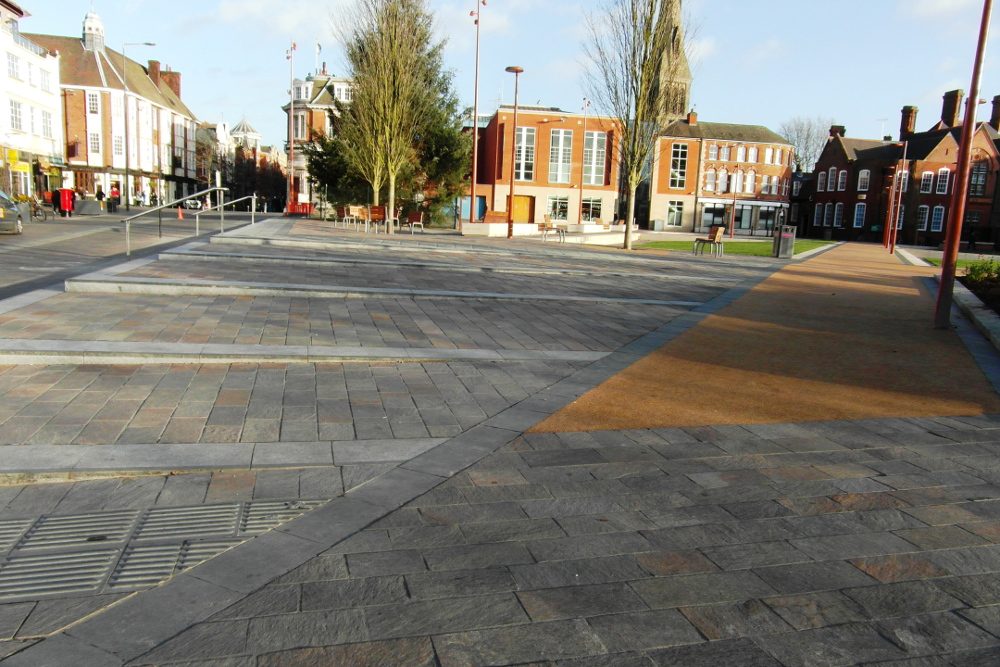 The project was issued to commemorate Queen Elisabeth II’s visit on the occasion of the 2012 Diamond Jubilee and was aimed at improving the pedestrian areas connecting different areas of the city. The square was designed to host fares and events during the summer and hold a temporary ice rink during the winter. These initiatives required the use of quality material, both in terms of elegance and sturdiness capable of withstanding great loads and resistant to frost and thawing. For these reasons thick slabs of our Prima Porphyry were chosen so as to guarantee maximum efficiency when paving the square. 1,000 tons of finished produce had to be used to cover the 3500 M2 surface!

Go to Awards Winning
Im.fil - Stonework - Stonedil
Via Giuseppe Di Vittorio, 32/3 - Lavis (Trento)
Telefono: 0461 243399
2016 - All rights reserved.
Proudly developed by Social Web Coach with WordPress
To Top
This website or third-party tools used by use cookies necessary for the operation and useful to the purposes described in the privacy policy. If you want to know more, check the cookie policy. By closing this banner, scrolling through this page, clicking on a link or continuing navigation in any other way, you consent to the use of cookies Accept Read More
Privacy & Cookies Policy